You are in: Home > POWER MANAGEMENT

It is the maximum peak voltage applied between the conductors of the cable in order to prevent the dielectric piercing (breakdown voltage). This depends exclusively on the characteristics of the insulating dielectric. The formula for determining the Peak Voltage is as follows: Ed * Ri * ln (Re / Ri). Where “Ed” is the dielectric strength of the insulation, “Ri” is the inner radius of the dielectric and “Re” the outer radius.

By Peak voltage and the Impedance is obtained Peak Power, which is independent from frequency. It is calculated as: (V peak max)2 / (2 * Zo), where Zo is the impedance of the cable. This value must never be exceeded.

The power Handling indicates the parameters for power in which a cable can operate, depends on the characteristics of the conductors (inner / outer), but especially by the ability of the dielectric to dissipate heat. The power handling depends strongly on the frequency of use and is inversely proportional to this. The values stated in the tab, refer to the temperature detected on the surface of the cable at 40 C°/104 F°(please take in consideration that when exposed to direct sunlight, the cable overheats), a VSWR of less than 1.5 and an altitude of 0-300m above sea level.
The higher is the operating temperature (ambient t.), the lower the chances to dissipate the heat generated inside the cable towards the outside. Conversely, with low temperatures the heat is easily dissipated so that the cable can operate at higher powers. 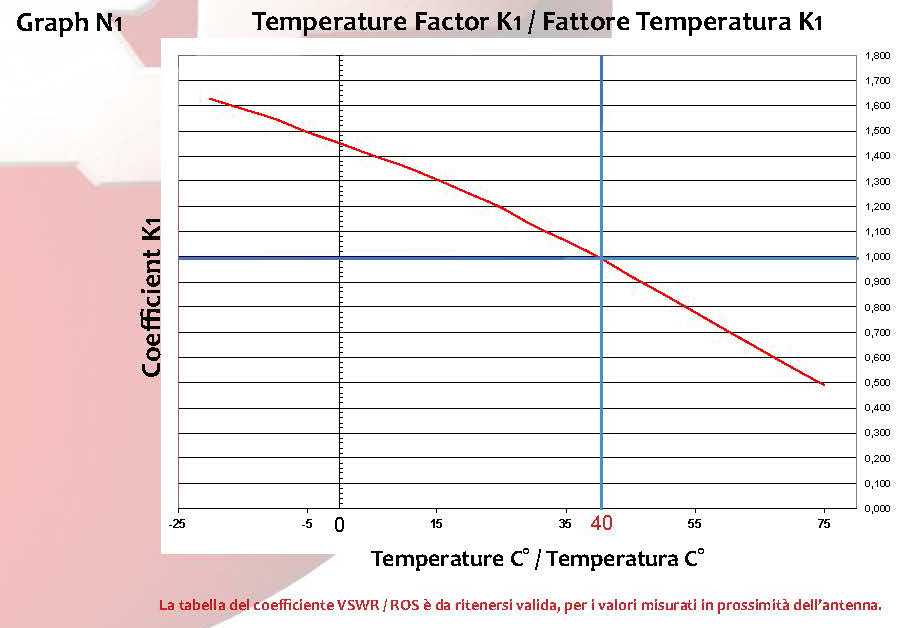 The Power Handling is calculated at the temperature of 40°C/104 F° (tested directly on the surface of the cable itself) and the variations in more or less, are leading to a decrease or increase of this value.

Another factor to consider, is the impedance matching of the system. If not optimal, it generates stationary waves (VSWR). At low to medium values (1 - 1.5), these do not substantially modify the power handling, but at higher values, the cable has to withstand both the incident power and the reflected one. Consequently the power handling drops. In the GRAPH 2, the coefficient K2 is obtained (VSWR), which multiplied by the value of the Power handling declared, provides the maximum allowed power for the VSWR tested in your line. 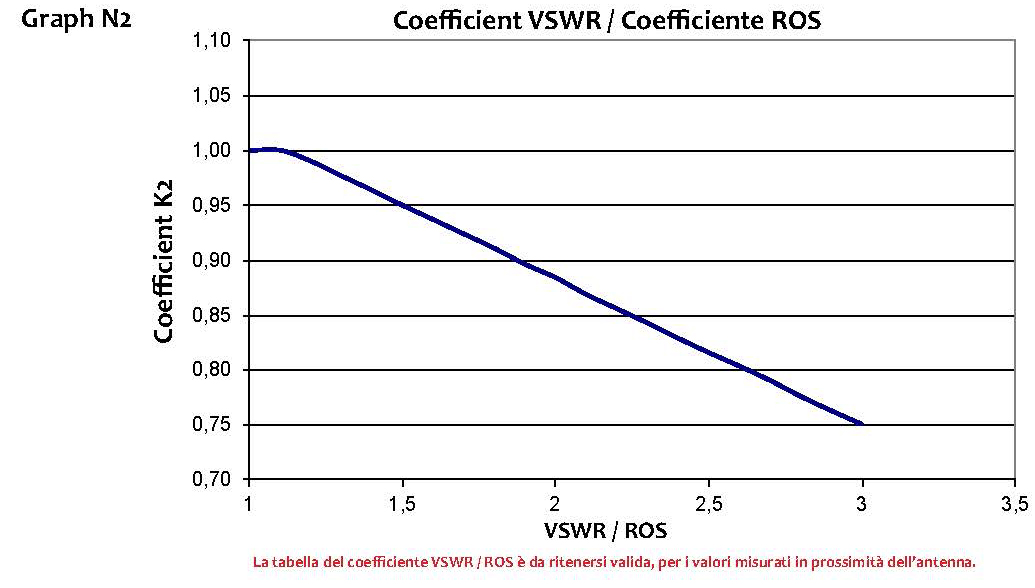 It’s interesting to know that even the altitude interacts with this data: the higher you climb in altitude, the more the heat dissipation decreases. The graph N3, provides the coefficient K3 related to altitude. 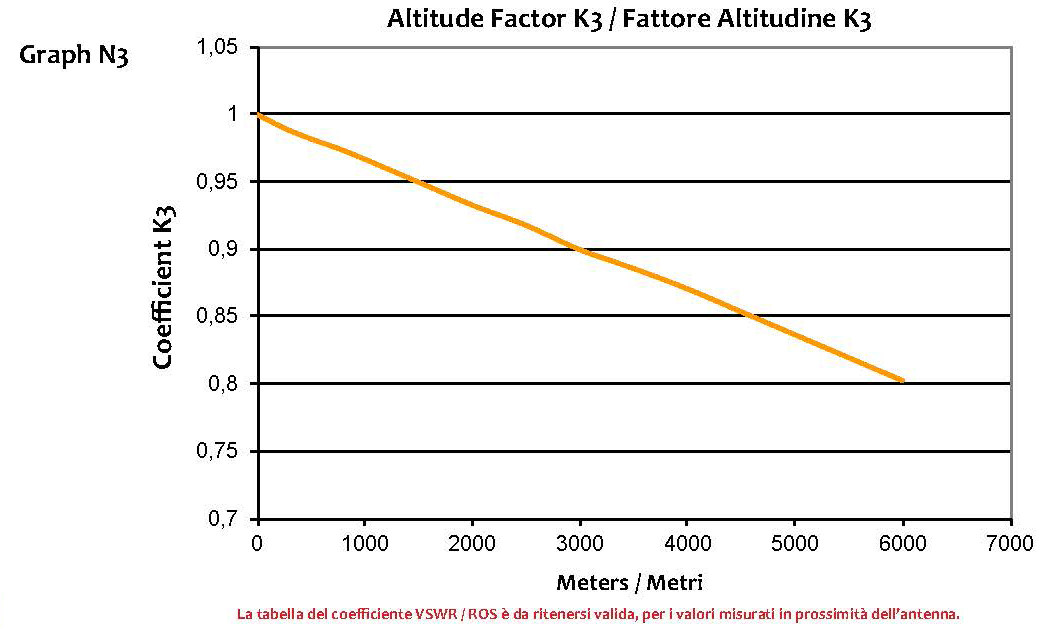 It must also be considered the type of Rx-Tx transmission (RTTY or SSB). Physical accidental alterations and excessive VSWR values (impedance mismatch), are certainly increasing the lost power dissipated in the form of heat. Moreover unwanted stationary waves ratios, are making the situation even worse. In SSB operations a 5/6 seconds transmission time, followed by the same reception lag, is giving the chance to nearly double the power handling values. Be aware that the power should never be exceeding the declared peak power value.

• For SPECIFIC LENGTHS or CONNECTORS INSTALLATION, contact us at weborders1@messi.it •